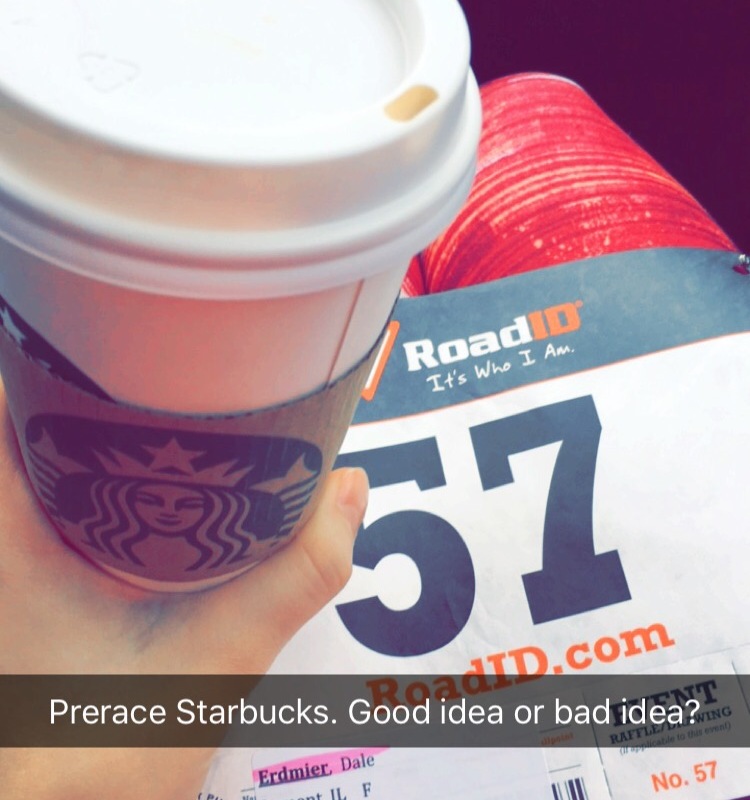 The first race of 2016 was a fun one! When Jen and I talked about doing a race a month this year we were really nervous about weather conditions for the Winter ones. January probably being the most intimidating month. What if it was zero degrees and we had 3 feet of snow?? But we got lucky.

For a Saturday morning in January, 30 degrees is downright warm. (That might be sad, but it’s true.) We got to the race over an hour early to pick up our packets, but that took all of about five minutes so we went to Starbucks. I’d never had pre-race coffee before, but I figured for a 5K it would be fine. And I just wanted to wake up a bit. 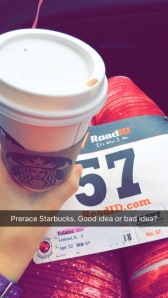 The group of people at the start line was great. Most people looked like they had done this race before and they were excited. We didn’t know what we were getting in to, but the sun was shining and it was “warm” so we were happy.

Jen and I stuck together the whole race. She led the way and I was able to take some action shots. These trails were no joke!! The snow make it slippery and there were way more hills than either of us expected. It was tough. But I couldn’t get the smile off my face the whole time. 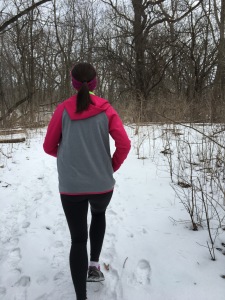 We finished in just under 33 minutes. It felt like a lot more than 3.1 miles, but in a good way. It was a great morning for a race that felt like an adventure.

No shirt or medal or anything, but I’m still glad I paid for the race. I wouldn’t have gotten out on those hilly trails otherwise! 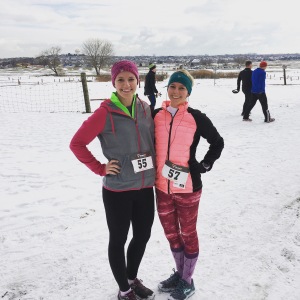 One month down, eleven to go for our 2016 goal of one race a month!

My next race is less than two weeks away. Tybee Run Fest- February 5-6th. Can’t wait.